BC ports, particularly Vancouver, are so busy now that there are 9 ships anchored in the Gulf Islands awaiting berths. 3 are in Navy Channel near Saturna Island, 4 near Cowichan Bay, and three on the west side of Valdez Island. Two more are at anchor ourside if Nanaimo harbour.

One of the ships, the HANJIN SCARLET has been here since last fall as it is a victim of the HanJin bankruptcy.  Local folks have been taking supplies and gifts to the crew who are shipbound.

The anchored ships on the map below are noted as bright green squares. 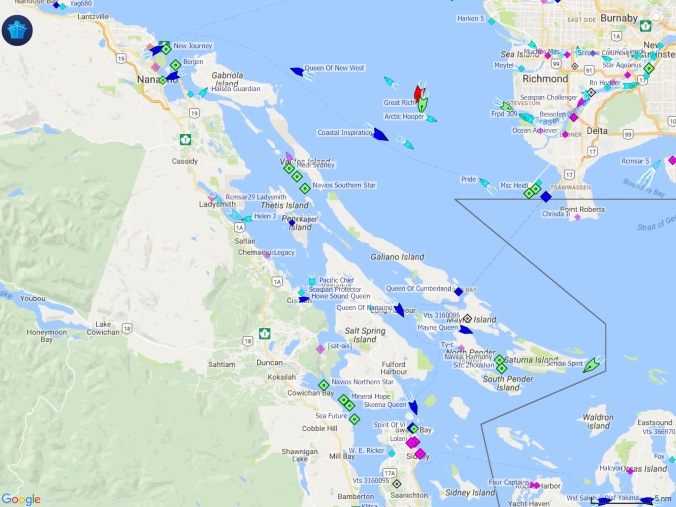 One thought on “Freighter Traffic in BC Waters”