After a long hiatus, we ventured forth today to an old standby, the Keg Steakhouse & Bar. I have been in most of the Kegs in Western Canada but this was the first time in Nanaimo. OK, we did have gift cards to use up thanks to the generosity of out Toronto based son, a one time Kegger. 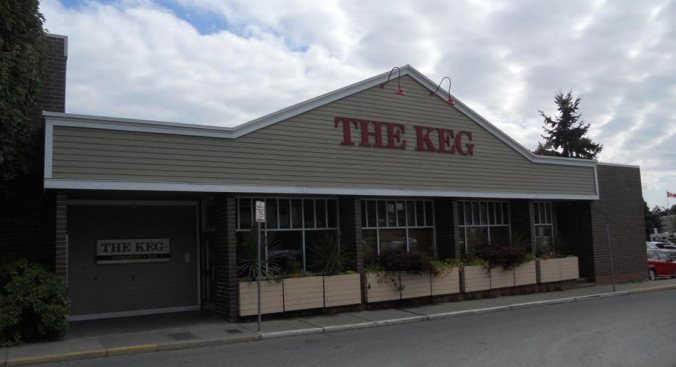 From the outside the Nanaimo Keg looks a little shabby so I said to my favouite girl that I hope it looks better inside than outside. It did. It’s not far from the old City Square but on a short dead end street next to a building under demolition so from the outside it’s not too inviting. Inside it is Very Kegish with lots of dark wood but very nicely executed. 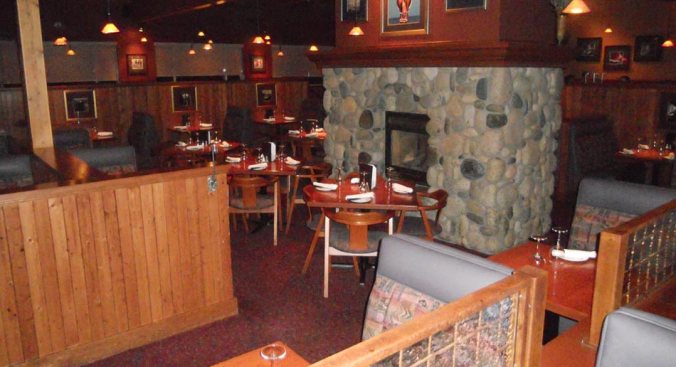 We arrived at opening time, 4PM on Saturday, and were the first customers of the day. We opted for the bar since our crusade was for a libation and some appetizers. An Italian Pinot Grigio for her, a draft Heineken for me. The drinks were served by Elliot who was very charming if a bit difficult to understand. Further investigation turned up that he was from Zimbabwe and is in fourth year business at Vancouver Island University.

We ordered Baked Garlic Shrimp, Escargot,  and Prime Rib Sliders. My favourite girl pronounced the Shrimp delicious. I’d been craving escargot since the last time. These were hiding within a mushroom cap and loaded with garlic butter. Just as good as always. The sliders were great too. Prime rib with extra horse radish and a cup of au jus for dipping. On the same plate was a good helping of deep fried skinny onions, one of my favourites. By the way, they still bring a small loaf of warm bread to the table as soon as you order. And the bread is still delicious.

The Keg has survived for about 50 Years  because of consistency. You know what to expect and they deliver. Good food, good service and great atmosphere. Too bad they don’t have a patio.

One thought on “Return visit to an old favourite.”