There is no mistake about it. I love fast food. During my working years, burgers on the go,
in thecar, airport, the mall. Lunch often was fast food, especially burgers. I still love them but now have reduced my consumption of said deliciousness dramatically.

However, when one researches the calories, fat,  and particularly the sodium in fast food the truth could send your blood pressure numbers into the stratosphere.

My all time favourite is the A & W MAMA BURGER. 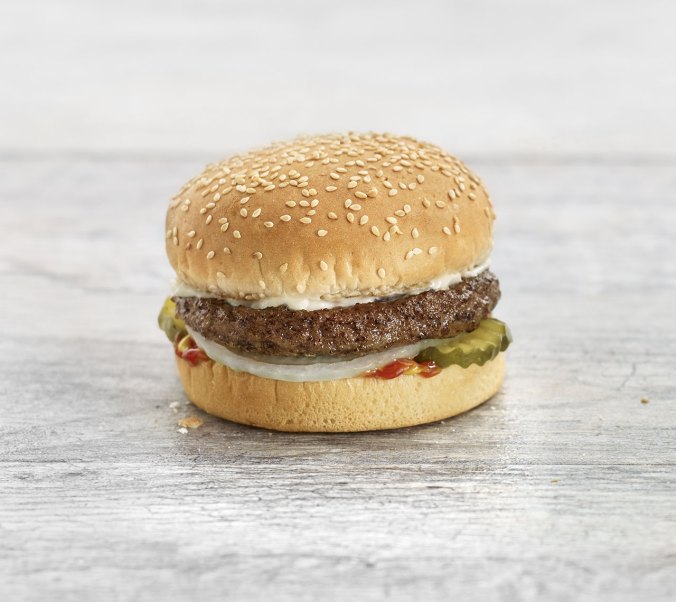 Not too big. Amazingly it contains only 400 calories, and 710 mg sodium. I’m feeling pretty good about my choice. Add cheese and you add 50 caloies and another 250 mg of sodium. Cancel the cheese. A friend of mine swears by the the Mama with double cheese/double bacon. That kicks the sodium count to 1000+ mg.  I hope he doesn’t go there too often.

Another choice that I love at A&W is the Spicy Chicken Habanero Burger. Delicious but 550 calories and 900 mg of sodium.

Over at my other favourite joint, White Spot, The Legendary Burger is classic and,  yes legendary. Calories 780,  Sodium 850 mg. As an aside,  Breakfast at the Spot?  Nat’s Hearty Breakfast contains 1200 calories and 2200 mg of the blood pressure stimulator. That’s a full days supply of salt. Ever wonder why you are thirsty after a feeding frenzy at the Spot?

Put the salt shaker down.

I haven’t hit a Dairy Queen for years but their Double Cheeseburger  hides 580 calories and 1150 mg of sodium.  Chicken strips are only 440 calories but 1200 mg of the bad stuff. Just have a chocolate shake. 114 calories, 3 grams fat 107mg sodium.

Ok, forget the burgers go for pizza. At Pizza Hut, one slice of a 12 inch thin crust pie contains has a mere 300 calories but 750 mg of stroke builder. Have 4 or 5 slices, and who wouldn’t,  and you’ve created your personal salt lick.
As previously reported Boston Pizza is a salt lovers Mecca. The Boston Brute Sandwich contains 800 calories and 3030 mg of sodium. Yikes. Pulled pork sandwich sounds tasty. It is because it’s got 3350 mg of salt. Call 911. Or tuck into an Original Pizza with an astounding 3550 mg of sodium.

One more could be Subway,  although I’ve only darkened their doors about 4 times in my life. Actually Subway is not too bad on the sodium stage. Ham sandwich 700 mg. Tuna only 480mg. The Meatball Marinara sub hits 4 figures with 1000mg of Sodium.
Ok let’s go to Sam’s Sushi. Low fat, low calorie,  low sodium, until,  as you must, add the soy sauce. You don’t want to know. A California roll has about 250 calories and 350 mg of sodium. Go for the sashimi. About 10-15 mg sodium per piece. 1/2 cup of rice 500mg.
Run away from the Soy sauce. One little tablespoon = 900 mg. Low sodium option is less, 550mg.

I’m thinking Sushi is maybe your best choice especially if you are sparing  with the Soy Sauce.

Wishing you all low blood pressure. Have a  Raw carrot and some Kale. good Grief!

One thought on “Fast food hell, aka, Sodium plus”